By 1931, the Great Depression was settling in for a long stay, but Chrysler introduced its first eight-cylinder models, including a top-of-the-line Imperial series on a lordly 145-inch wheelbase. Because it imitated the renowned Cord L-29 of 1929, this new Chrysler was the best-looking American car of the year, and is often considered to be the best looking Chrysler ever built. A total of 99 chassis were supplied to custom coachbuilders during 1931 for individuals to have built to their own specifications by Waterhouse & Company of Webster, Massachusetts. It is believed that there are only 25 Waterhouse-bodied cars known to exist today. Of those 25, three are Chryslers. Waterhouse built some 300 bodies for various marques, and their legacy continues through the reputation of their coachwork.

In 1931 Chrysler accomplished a new vibrant look. At the top of Chrysler's line was the incredible Chrysler Imperial with its V-eed radiator, exceptionally long hood and broad sweeping fenders accented by chrome and accessories. Walter P. Chrysler understood the prestige of offering a premium automobile product directed at this country's wealthy.

The CG Series Imperial was produced in limited quantities for only three years, between 1931 and 1933. In total only 339 CG Imperial models were made. These Imperials rode on a long 145-inch wheelbase and were powered by a super smooth nine main bearing Chrysler '8' engine capable of carrying the car to a top speed of 100 miles per hour. The car has a very low, 66-inch high roof line, typical of a Waterhouse Victoria. 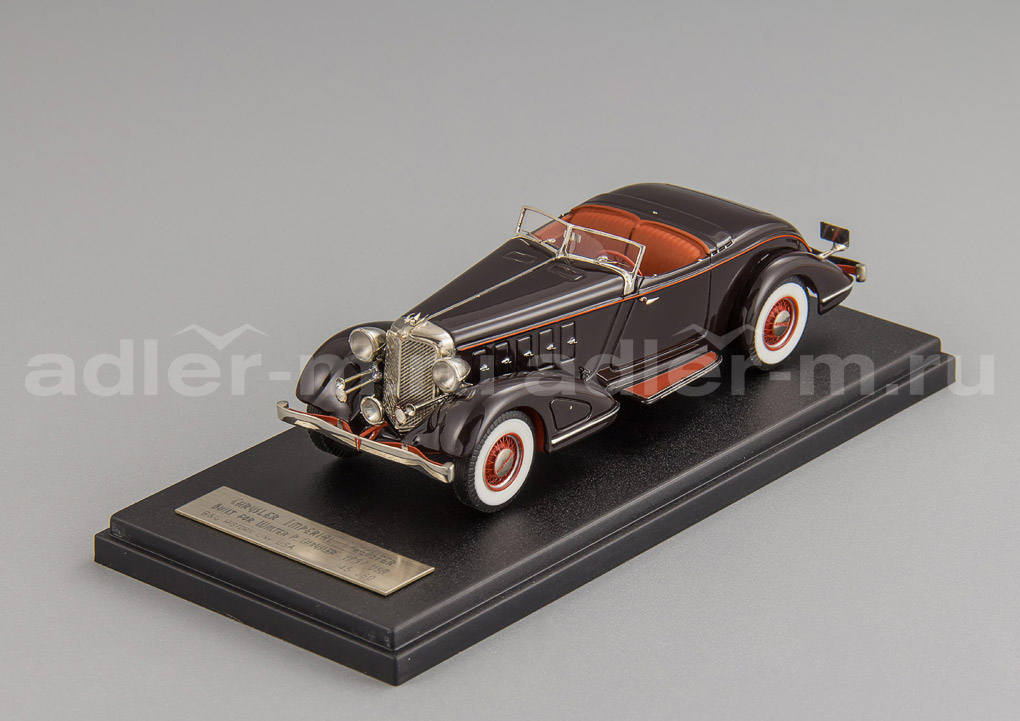